But Romans were not as good as Greek in geometry so they did not had much contributions in geometry. Also Romans used mathematics just for practical purposes like trade, division of land, creating buildings, etc and also due to the cumbersome nature of Roman numerals they could not go much beyond the simple arithmetics which was also not easy to learn.

Roman Numerals are used even today especially were large numbers are not required like on clocks, writing page numbers in the book before the index page, etc. 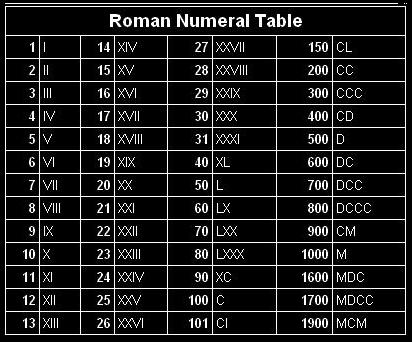 It’s clearly visible that addition and subtraction even with very small numbers is not as simple compared to that of Hindu/Hindu-Arabic numerals. Roman were also able to do multiplication and division but they were more complex in nature than these.

Romans did not believe in doing arithmetics for trade on piece of paper, instead they invented Abascus which is a portable instrument which can help in simple arithmetic like addition and Subtraction. Abascus was carried and used by everyone like fruits sellers, traders, merchants, engineers, etc.

Abascus, today as well, is used in many parts of world. In China Abascus is used in schools for quick addition and subtraction.

Romans carried such arithmetic almost till 1000 AD till the Fibonacci, Italian mathematician, introduced the Hindu/Hindu-Arabic numerals.