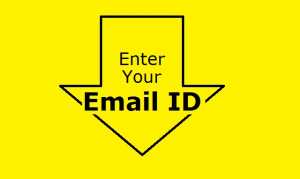 Does Complex Numbers / Imaginary number i exists?? People studying Higher Mathematics are often confused with the existence of Complex Numbers and its Imaginary number "i". What are Complex Numbers: Complex Numbers are numbers whose 1st part is Real while 2nd part is Imaginary and is expressed as a+bi where a --> Real Part bi --> Imaginary Part and i -->  √ -1  wait  √ -1  .... Is it POSSIBLE ?? Reason of Confusion: In schools and colleges everyone has learnt that we cannot have square root of Negative numbers i.e. √ negative number  doesnot exists. Then how it is possible to have √ -1 . Moreover "i" is called as Imaginary Number hence i is often considered as it does not exists and was used just for theory but if it is really imaginary then how it is used in Real Life Mathematics? How "i" and Complex Numbers can be used in Real Life Exmaples? Quite Correct !!! But then my question is does our day-to-day used numbers like 0-9, π, 1/3, √ 2 , etc. exists? All the numbers are Human Creation for making life of us Simpler and all the numbers took 100's & 1000's of years for approval and to be consistently used. Brief History of Numbers: Initially Romans used numbers only from 1-9 i.e. without any '0'. Zero: But then Indians introduced '0' and when this new number went to Europe it was not accepted for 100's of years. Reason was simple Europeans were very comfortable with 1-9 for their transactions but as years progressed they realized the importance of '0' which makes solving certain equations in simple manner and started accepting it. Fractions: Today fractions are widely used across all fields. But can fractions exists for all items?? NO... we cannot have 11⁄2 men ... right ?? but we can definitely have 21⁄3 apples. Also to solve equations like 2x = 1, fractions were required and hence for convenience fractions gradually became part of our number system. Negative Numbers: Like fractions even negative … END_OF_DOCUMENT_TOKEN_TO_BE_REPLACED