Highest Common Factor (HCF) as the name suggests it is the highest common factor present between 2 or more expressions or numbers For Example: HCF of 8 and 10 is 2. While that of 8 and 12 is 4 and so on. In this topic we are going to see the HCF of expressions. Calculation of HCF can be done in following ways:

We will be using 2nd way. 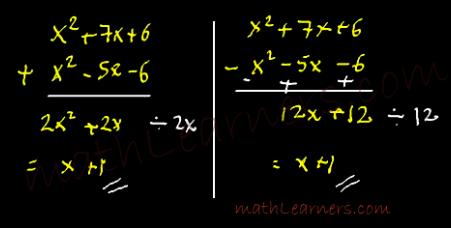 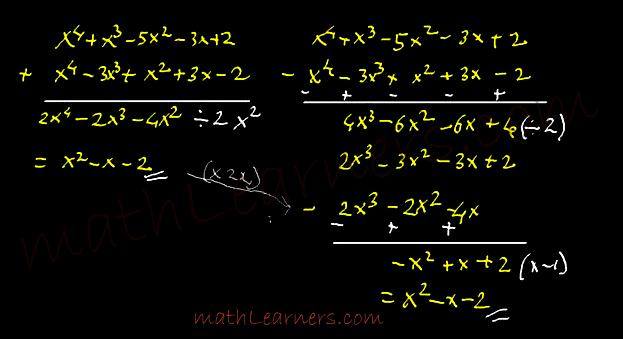