There won’t be any doubt in saying Egyptians had good knowledge of mathematics just by looking at big monuments like Pyramid of Giza which was built as early as 2650 BC.

Egyptian civilization was present at the banks of river Nile. Egypt mathematics developed largely from around 3000 BC but could last till only 100 BC. Egyptians used mathematics for their practical purposes. They used fractions on large basis for trade. They also used addition and subtraction for trade but because of their tedious numeral system they had to do multiplication and division with the help of addition and subtraction.

Egyptians used to note their work on papyrus (material which is made from papyrus plant). Because of the fragile nature of papyrus only few of them has survived today.

They used Decimal numeral system but without the zero and place value.

They used pictures to denote numerals called as hieroglyphs. 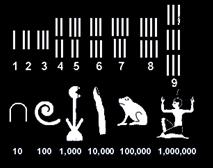 They expressed Fractions as the sum of the DISTINCT UNIT fractions.

This papyrus was found By Rhind which was developed around BC 1650.It is 536 cm in length and 32 cm in breadth consisted of 84 problems which included various problems on fractions, calculation and usage of pi & Pythagorus theorem , Areas & volumes solid bodies, etc. 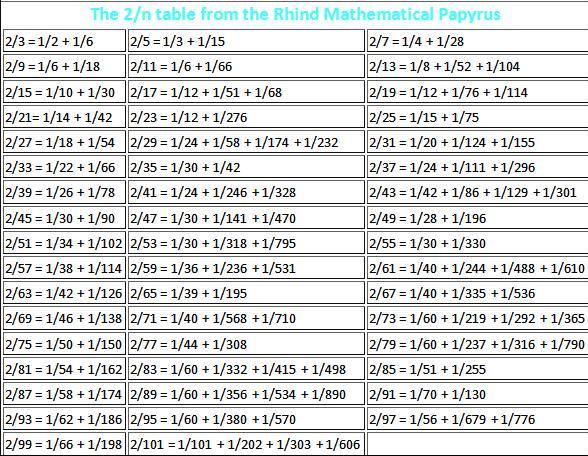 They took a circle of diameter 9 and inscribed that in a square. So each side of square becomes 9. Each side was trisected and the corner triangles where removed.

So the Area of that octagonal figure approx becomes Area of big Square– 4 x Area of removed triangles.